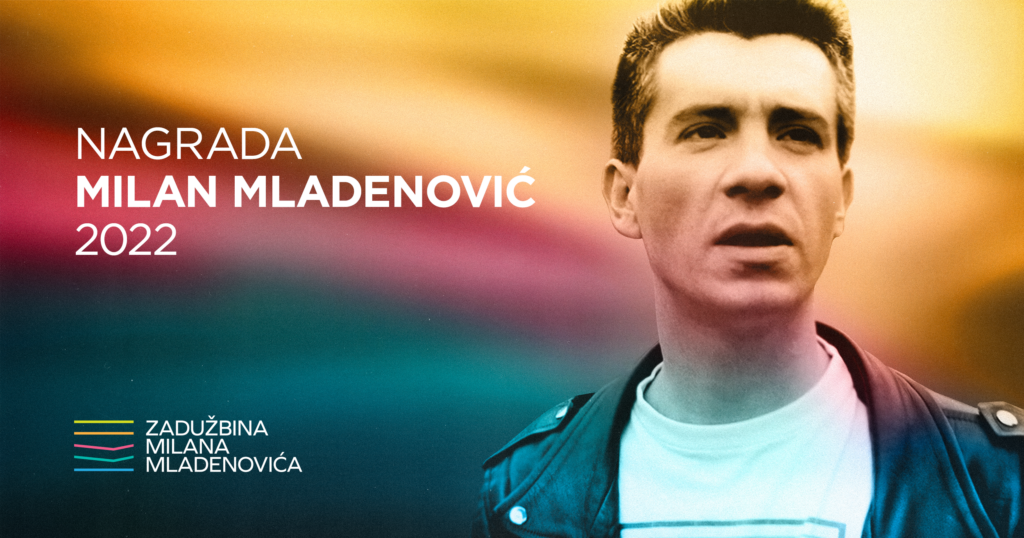 – The award Milan Mladenovic has been established to promote musical creativity along the lines of Mladenović’s artistic legacy. The award is given for the best song from the former Yugoslavia. The winner is announced every year on September 21st, the day Milan Mladenović was born.
– The call is open to all artists from the former Yugoslavia, who can apply with songs whose lyrics may be in any of the regional languages spoken on the territories of the former Yugoslav republics.
– An author or a group of authors can apply with only one song for the award.
– The songs submitted need to have been released between July 1st 2021 and May 31st 2022. A song shall be considered released if it has been made permanently accessible to the public, either by the artist or by an authorized third party via any analog sound storage medium (LP, CD) or via digital distribution platforms.
– The songs can be submitted by the authors themselves, the performers or the music publisher via the internet page www.milanmladenovic.com starting May 1st until May 31st 2022. Application deadline is May 31st at midnight.
– The prize money is €3.000.
– By applying for the award, the applicants give their consent to the Foundation “Milan Mladenović” to publish the song in a non-commercial compilation of the finalists in case the applicant’s song is ranked amongst the 12 best ones.
– Should the jury decide none of the applicants’ songs meet the values that the award implies, the award will not be granted this year.-